Over the last two decades, IOM has become one of the European Union’s most reliable partners in providing support and expertise for the deployment of European Union Election Observation Missions (EU EOMs) around the world. More recently, IOM expanded its activity by providing expertise and organizing electoral missions, notably EU Election Exploratory, Expert, and Follow‑up Missions. Since 2001, IOM has implemented 66 Election Observation Missions and another 55 electoral missions all over the world.

In the framework of EU EOMs, IOM has provided security, logistic and administrative services to over 950 Core Team Experts, 2,220 Long term Observers and 2,580 Short term Observers before, during and after the election, and to over 150 experts for other electoral missions.

IOM is not involved in any political aspect of an EU election support or observation mission. IOM’s successful implementation of these missions relies on its wide and established field presence (with around 400 offices in 166 countries around the world), its operational expertise and its security management – fully embedded in the UN safety and security system.

When free and fair, elections are an essential tool for a country’s democratic development as they empower citizens to express their political preferences and choose their representatives. A country can invite independent election observers to monitor and document procedures prior, during and after elections and to guarantee their compliance with democratic elections’ principles. By doing so, election observers contribute to reinforcing democratic institutions, to building public confidence in electoral processes and to helping deter fraud, intimidation and violence.

IOM believes that the promotion of free and fair elections plays an important role in strengthening migration management. A fair election process encourages participation in a country’s political future and fosters its social and economic development. Elections can also help to stabilize communities by reducing the potential for large scale and destabilizing population displacements in the future.

By supporting election support and observation missions, IOM works towards the achievement of the Sustainable Development Goal (SDG) 16 on peace, justice and strong institutions. Furthermore, by promoting elections as a fundamental component of democracy, human rights, conflict prevention and community stabilization, IOM also acts on key areas to fulfil its global mandate. 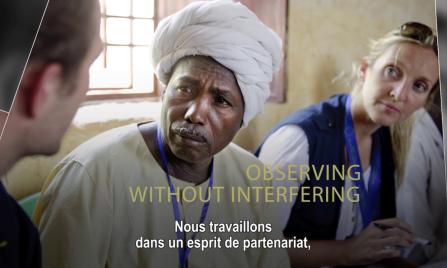 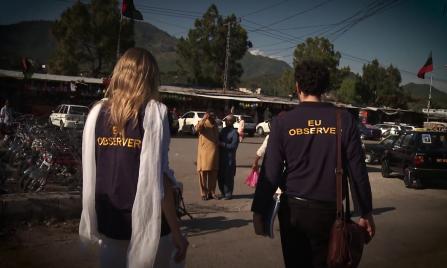 Transition and Recovery from Crises