Displacement in Ukraine Again on the Rise, IOM Data Shows 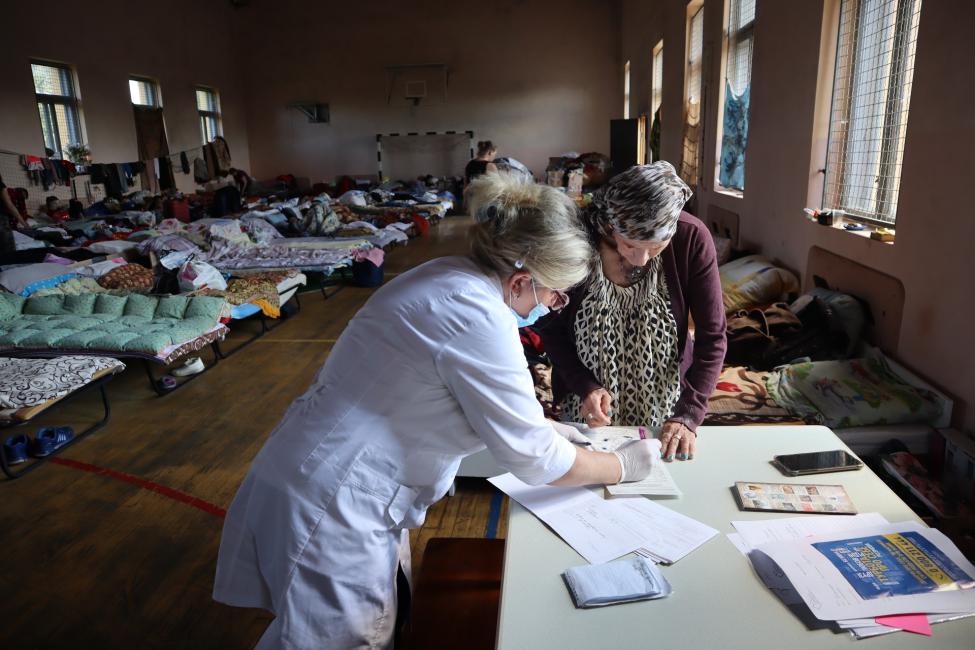 Kyiv – Six months into the war in Ukraine, the number of internally displaced persons (IDPs) has risen again to 6.9 million people as of 23 August. According to the latest survey by the International Organization for Migration (IOM), most of over 300,000 new displacements since July occurred in the south and east of the country.

“The war shows no signs of abating. Protracted internal displacement generates growing needs and vulnerabilities,” said Anh Nguyen, Chief of Mission at IOM Ukraine. “Increasing needs require further commitment and support from humanitarian organizations. Aid must be able to reach all those in need, including those in hard-to-reach areas.”

Nearly half (44 per cent) of displaced persons of working age are currently not earning any money. Only one third indicated a salary as their primary source of income following displacement, while 24 per cent rely on state support. As a result, most displaced households have resorted to measures such as cutting expenditures (70 per cent), including food, while one third of them have taken on new debt.

With the fall and winter season approaching, the living conditions of IDPs are particularly alarming. Twenty-two per cent of displaced persons surveyed by IOM said their current housing is inadequate for the harsh Ukrainian winter, and over a third of those are unable to relocate to appropriate lodging – mainly due to the lack of funds. Among displaced persons living in villages (an estimated 2 million overall), 30 per cent have no access to medical services.

The most pressing needs are the same across Ukraine: cash, medicine, and building and reconstruction materials. Approximately, 60 per cent of displaced persons, returnees and those who have not left their homes identified cash as needed, while medicine (7 per cent) and building and reconstruction materials (7 per cent), were predominantly requested by returnees and non-displaced communities.

In addition to producing accurate, regular data on needs in support of evidence-based humanitarian action, IOM provides crucial humanitarian aid to displaced and war-affected communities in Ukraine. Almost 800,000 humanitarian services have been delivered by IOM since 24 February. IOM’s winterization programming is well under way and includes rehabilitation of critical infrastructure, including collective centres, repair and insulation of homes, and distribution of winter-related items such as heaters, solid fuels, winter clothing and other emergency items to help families cope with harsh and cold weather conditions. IOM’s cash interventions will empower affected populations to address their most urgent needs during the cold season in a flexible way.

Over 8,000 migrants assisted with voluntary return from Greece in last 3 years: IOM