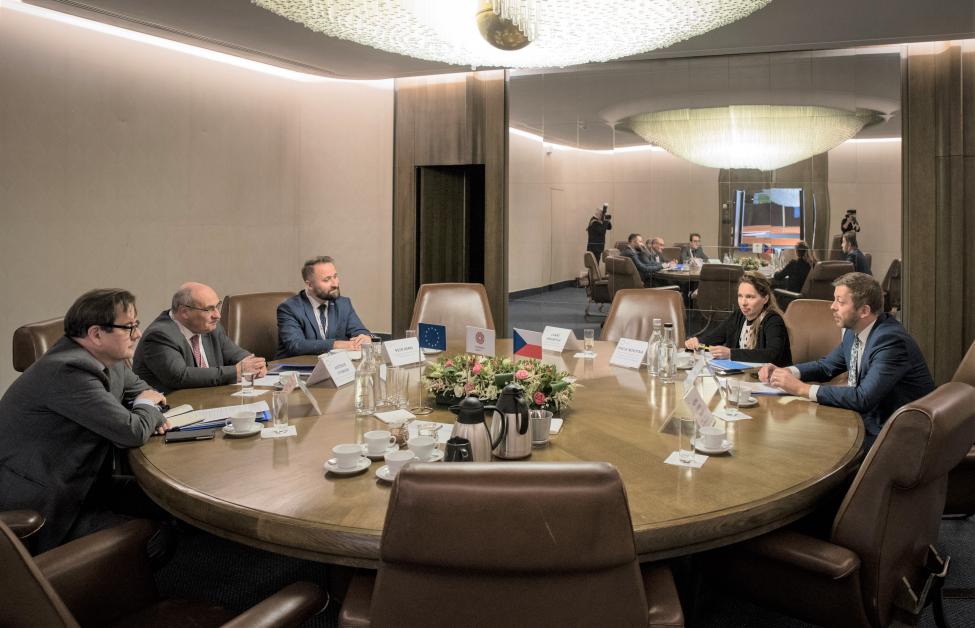 Prague – The Director General of the International Organization for Migration (IOM), António Vitorino, today (05-10) commended Czechia for its generosity in hosting nearly 440,000 Ukrainians fleeing the war and called for sustained support for those in need with winter approaching.

On a two-day visit to the country, the IOM Director General met with Minister of the Interior, Vít Rakušan, and Deputy of the Ministry of Foreign Affairs, Martin Dvořák to discuss the Ukraine crisis, and reinforced cooperation between IOM and the Czech government.

Director General Vitorino welcomed Czechia’s management of a crisis which has seen 437,818 Ukrainians fleeing war arrive to Czechia, the largest number per capita in the European Union (EU). 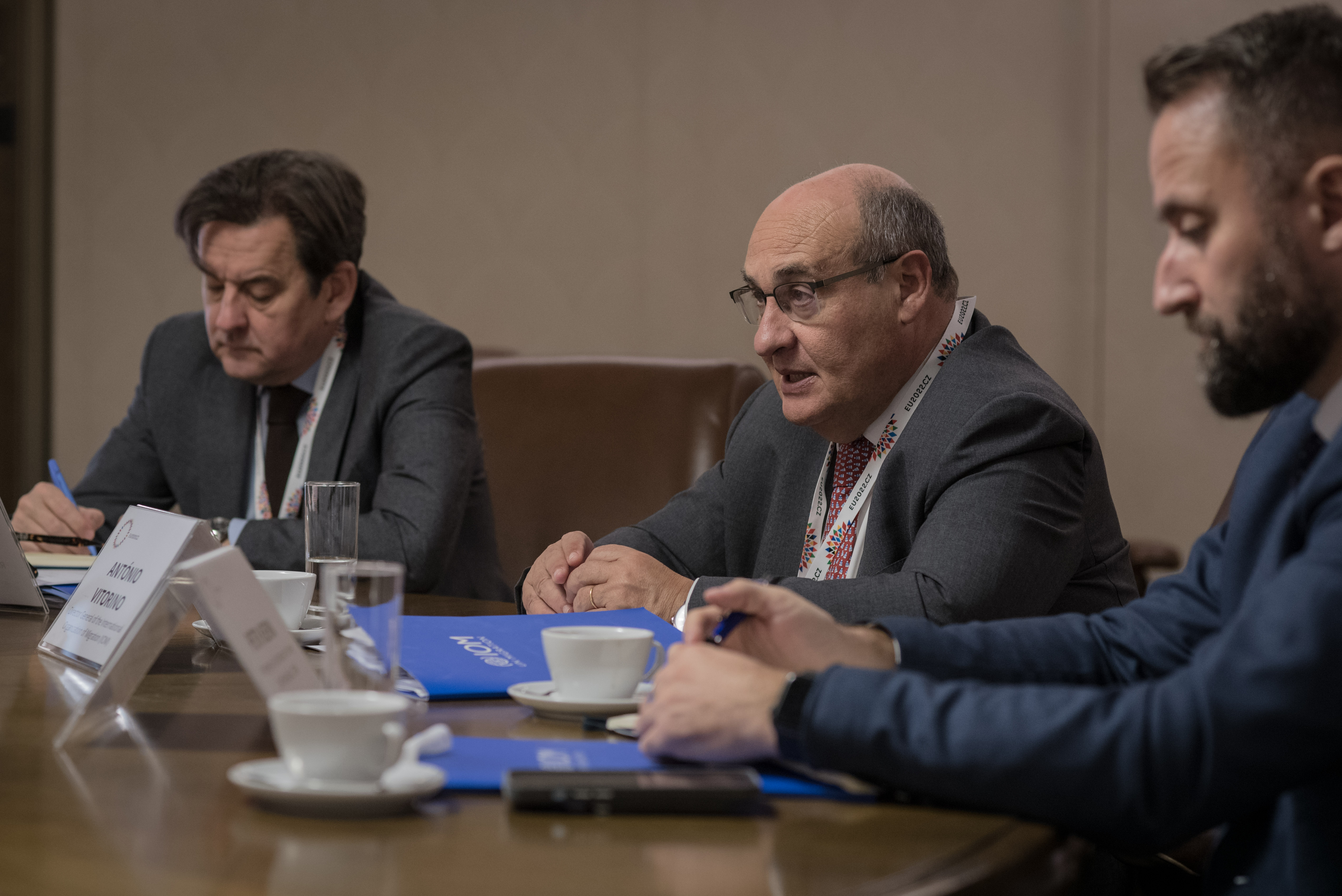 "Czechia has set a high standard in welcoming so many people fleeing from the war In Ukraine," he said. “In these challenging times, Czechia’s whole-of-government approach is crucial to crisis response and migration governance, and we continue to offer the full partnership and support of IOM.”

In Prague, Director General Vitorino touched on the challenges of accommodation ahead of winter and offered IOM’s support for migrants with disabilities and their caretakers.

He also assured strengthened cooperation with the Czech government on data through IOM’s displacement tracking matrix (DTM) to provide a better understanding of movements and the evolving needs of displaced populations to enable more targeted assistance. 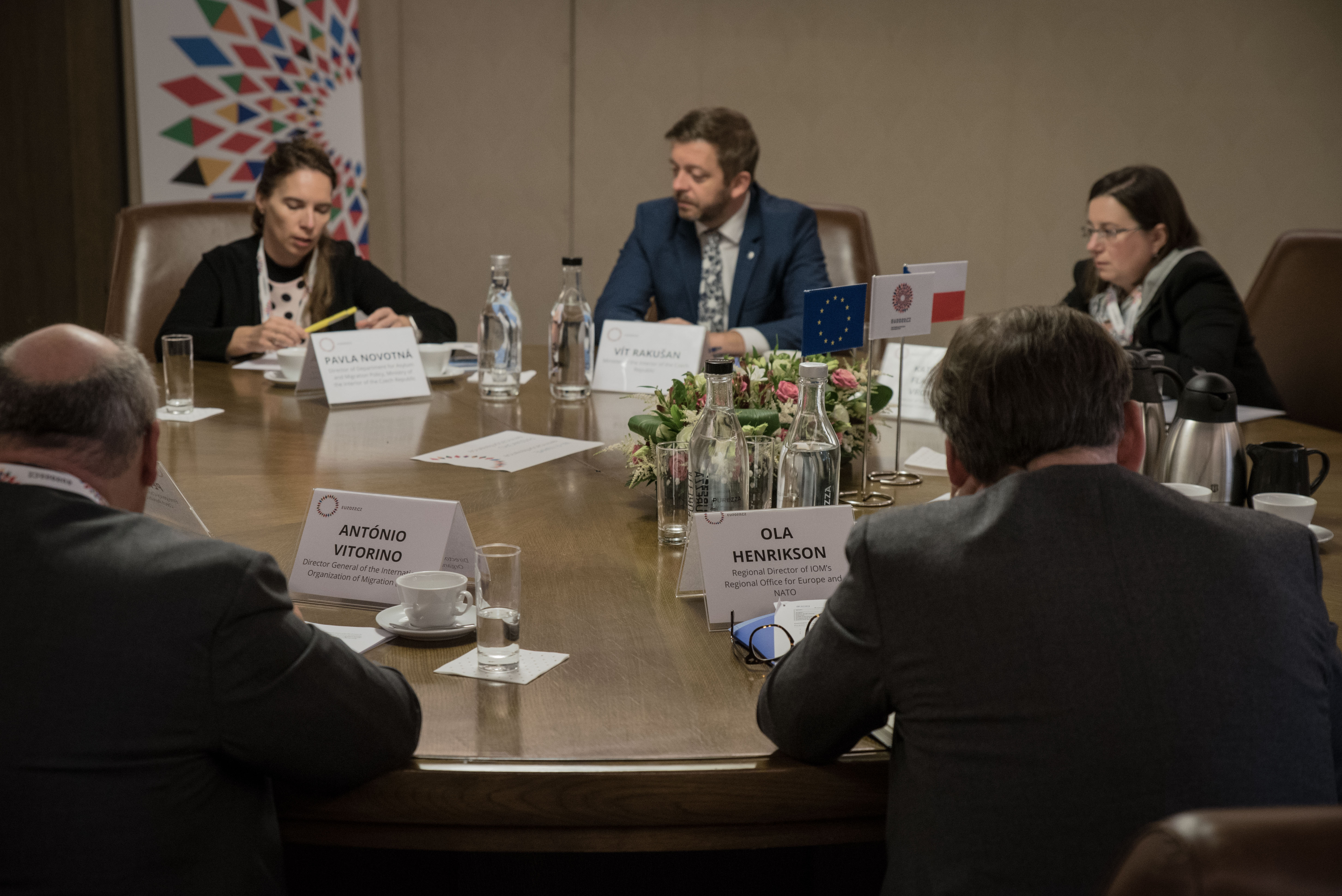 The IOM Director General also participated in the European Migration Network (EMN) conference in Prague, which focused on the needs, strategies and challenges of labour migration in the EU.

In July, IOM presented its recommendations on migration and mobility to the Czech government as it assumed the Presidency of the Council of the European Union (EU) for the second half of 2022.