Migration and Climate Change: Can the European Green Deal be just and inclusive for all? 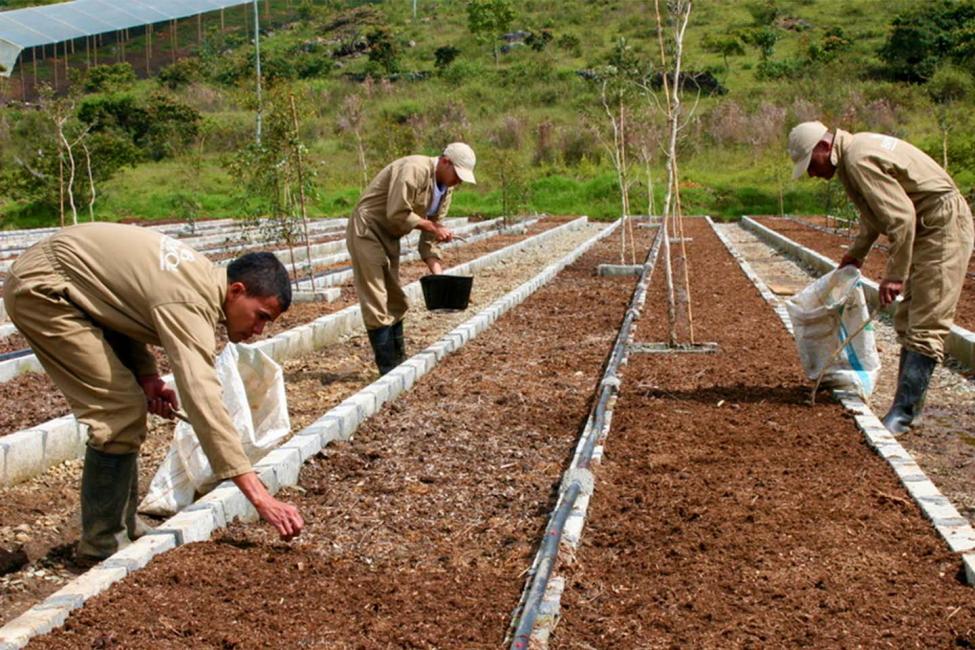 Faced with ever-mounting evidence, our youngest generations understand that the adverse impacts of climate change on planet Earth are inevitable and approaching fast. At the current pace at which humanity is releasing carbon into our atmosphere, we are moving towards a warming of 3 degrees Celsius by 2100 rather than 1.5 degrees as promised at COP 21 in Paris.[1] Some devastating impacts of global warming are already unavoidable, but there is still a narrow window open to stop things from getting worse.[2]

Much of the younger generation have taken it upon themselves to get this alarming message across to politicians, companies, and the wider public. The strength of young voices lies in their honesty, authenticity, and critical thinking. Young climate activists have been clear and insistent about the fact that everyone alive on this planet – and more importantly, the generations to come – will face the consequences of climate change.

Europeans have yet to realise that climate induced catastrophes do not only happen outside the borders of the European Union.

“The whole European population doesn’t have a good understanding of this yet,” said Piers Forster, director of the Priestley International Centre for Climate at Leeds University. “They don’t know how climate change will affect them personally.”.[3]

The latest science shows that the continent will change drastically if counter measures are not taken immediately.[4] Many European regions are already facing more frequent, severe, and longer lasting droughts, high-temperature extremes, and floods due to the changing climate.[5] The deadly floods that hit Germany, Belgium and other areas last summer prompted rapid evacuations as towns and villages were swamped. Downpours in the region are 3-19% more intense because of human induced warming, scientists say.[6]

To face the approaching challenges and to safeguard the livelihoods of people on the European continent now and for future generations, the European Commission launched the European Green Deal in 2019. In July of this year, the European Commission adopted a set of proposals intended to make the EU’s climate, energy, transport, and taxation policies fit for reducing net greenhouse gas emissions by at least 55% by 2030, compared to 1990 levels.[7]  According to the Commission, achieving these emission reductions in the next decade is crucial to Europe becoming the world’s first carbon-neutral continent by 2050.[8]

The EU asserts that transformation into a carbon-neutral continent presents an enormous opportunity and potential for job creation as green jobs are considered among the fastest growing and most resilient in the European economy.[9] The European Green Deal will seek to ensure investments across the continent in the energy, transport, construction, industry, and agricultural sectors.[10] According to a recent EY study carried out in collaboration with the European Climate Foundation, it has been estimated that  these sectors collectively represent a total investment of €200 billion and could create 2.3 million jobs – roughly a quarter of those lost to the pandemic in 2020.[11]

Migrants in Europe – many of them young people including those who move within and between EU countries – make up a significant part of the workforce in those sectors that will be transformed to achieve the goals of the European Green Deal, particularly in construction, manufacturing, energy and agriculture. However, in their communications around the Deal, the European Commission makes no mention of migrants and how they will be included in the Deal’s implementation. Similarly, there is no recognition of the fact that many migrants are part of socio-economically disadvantaged communities and therefore at higher risk of exposure to environmental hazards affecting their health and quality of life, such as air pollution and extreme temperatures.

Including migrants in the European Green Deal would not only ensure a truly just and inclusive transition, but could also lead to a more successful implementation when the capacities and skills of migrants are fully harnessed. When providing opportunities for re-skilling and up-skilling to prepare workers for green jobs, it is essential that any barriers for migrants to participate – whether lingual, cultural, or related to employment or legal status – are addressed.

The European Green Deal could grow into an instrument that not only averts further climate disaster in Europe, but is also forward-looking and constructive in creating a more just and sustainable society.

To get there, it will be crucial that the voices and interests of groups that traditionally have had little say in EU decision making – young people and migrants – are prominently featured in all aspects of the deal. To that end, EU policy makers could take a page out of the book of young climate activists in their devotion to ensure a liveable and prosperous planet for all.

Access to Legal Identity is Crucial for Safe, Orderly and Regular Migration